Who Inspires our Strategic Intuition?

Booz & Company's recent  The Right Ideas i n All the Wrong Places talks about how strategic intuition unlocks innovative solutions to your biggest problems.  We thought about that statement as we reviewed the article and started to think about examples of individuals who's intuition has led to some of the most strategic thinking in our age.  Tom Peters book In Search of Excellence shared his insights and the value of  Management By Walking Around.  Marc Benioff, Founder of Salesforce.com was told it wouldn't be possible to make software available to the masses. He spawned today's Software as a Service model and has inspired 1,000 of new start-ups. Simon Sinek shares the notion of the Golden Circle in his book titled Start with Why, a simple yet provocative concept that explains why Dr Martin Luther King was able to assemble 250,000 people onto the steps of Washington, with no cellphones or the internet... because he had a why that inspired people to act.

We all know about the Hockey Great, Wayne Gretzky when he answered. "always know where the puck in going".  That strategic intution is the foundation and fabric of every successful leader, entrepreneur and you.

Innovator, late Steve Job's shared with the world his vision of making a dent. HIs strategic Intuition...assembling the mashup of people, things harnessed by his vision.  And Seth Godin in his latest book encourages all of all to be artful and our lives an "Art" and to not accept the status quo. And finally , Advertising mogul, David Ogilvy changed the landscape of that industry to become a brand unto himself by constantly challenging the norms of the day.

We share with you our why, our sources of inspiration, and our purpose, that is...to provide Strategic Intuition inspired by today's thought leaders, so we can help you be tomorrow's.

Simon Sinek | WHY? Start with why

Mmmm?  Why?  It is the first question we ask as a child?  And on our journeys in life, the ever constand word that creeps into our daily lives, be it personal or business.  We are all on our own journeys to discover our "why's" and in doiing so we discover the why's of others amongst us.  And in doing so, their stories reveal their own Why's.  About life, business and purpose.  Read Simon's book or watch the TED video aas he shares with the audience the Golden Circle.  A simple yet logical belief that one's why is what galvinizes their surroundings, their followers and their ultimate value to others.  For without a why, you will be on a constant treadmill, expending energy, yet still being in the same place whe you get off. Time to find your find and create a bridge to others, one that is enduring and endless, yet singularly answers the question.  Why. 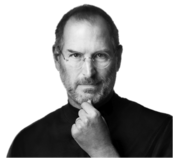 Steve Jobs | DENT Making a Dent in the World

For many years, we have watched from the sidelines the evolution and revolution of Steve Jobs.  He does have many peers who are business leaders, some of them the richest in the world and some of them , just a little smarter than others.  What separates Steve Jobs from all others was is inate sense of awareness and the ability to combine multiple experiences, things and resources to make a dent in the world. He accomplished that and in doing so, has left a legacy of questions that focus on can he be replaced, replicated or revolutionized by the next 'Steve Jobs'.  We doubt it, for even the brilliance of companies like Blackberry didn't have the dna of a Steve.  Their purpose was monetary, and self serving.  Did they make a dent?  Yes, in the pocket books of their shareholders who thought they were investing in a shiny apple. 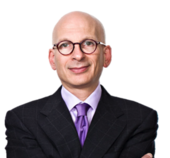 Seth Godin’s most inspiring book, challenges readers to find the courage to treat their work as a form of art. He shares his notion for being Incarus. Many know that Icarus’s father made him wings and told him not to fly too close to the sun; he ignored the warning and plunged to his doom. The lesson was: Play it safe. Listen to the experts. Yikes. It was the perfect propaganda for the industrial economy. What boss wouldn’t want employees to believe that obedience and conformity are the keys to success?

But we tend to forget that Icarus was also warned not to fly too low, because seawater would ruin the lift in his wings. Flying too low is even more dangerous than flying too high, because it feels deceptively safe.

The safety zone has moved. And the concept of command and control is dead.  Conformity no longer leads to comfort. But the good news is that creativity is scarce and more valuable than ever. So is choosing to do something unpredictable and brave: Seth promotes the concept that everything we do should be an "art" and that being an artist isn’t a genetic disposition or a specific talent. Art is an attitude we can all adopt. It’s a hunger to seize new ground, make connections, and work without a map. If you do those things you’re an artist, no matter what it says on your business card. 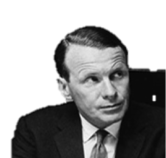 David Ogilvy | BRAND Aim for Out of the Park

David Ogilvy's name is synonymous with Advertising and brand strategy.  His philosphies and body of work make Mad Men look like amateurs.  David always had a motive..  to aim for an Out of the Park experience for his clients and their customers.  He accomplsihed that by being an observer, a consumate professional, tenacious and most of all, a creative thinker or what we call a Smarketer, someone who understand that sale and marketing are one in the same and combining the two is the smart thing to do. Because the Brand is the experience and the experience is the brand. 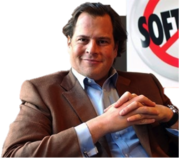 What really makes Marc so special?  After all, all of the parts of the IT industry puzzle were in place.  His mentor's at Oracle had the means, the resources and the technology horse power to do what Marc did. Or did they?  Then why was Marc successful at transforming a legacy thinking IT industry so that everyone could have access to great software as a service?  Because he recognized that the technology was mature enough to sustain a new model, based on new thinking and ideals.  He also wasn't conflicted by that's the way it has always beein done thinking.  Today. he continues to push the envelope with his company's new focus that is wrapped in the model of being a customer company. Such a novel idea.

Brian is the example of a carefree personality who exudes confidence and just get's it.  His books and one of our favorites "Engage", reveal the stry of the Internet and Social Media in a manner that connects the dots on the universe of technology, social and mobile.  His observation of the social "signal's are some of the most relevant concepts of how society evolves and now that the Internet is mature, stable and predictive, the next wave of "signals" will be the Future of Business.  A future that is entirely digital. 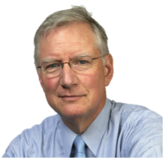 In a time when the word  "Corporation" and "Enterprise" was almightly,  Tom Peters sought out to apply a label to how big business much change in order to compete and be more profitable.. note the word "more". Hi legacy book titled In Search of Excellence, could be found on every CEO, or big Consulting firm's shelf.  It was the label that was on the tongue of every ambitious executive who was on a quest for excellence.  Even the complexity of big business was made simple to consider.  The notion of Management By Walking Around was relly about being aware, being engaged with your audiences and  respecting that sucess lies in others around you.  And if you stay within the comfort of your own four walls of thinking and experience, you will eventually be alone, starved for answers and out of touch with the new world.  IN Search of Excellence applies to this day.  It's just now about being "digital" about it.

Wayne Gretzky | INTUITION Knowing where the puck is going

Every Canadian and hockey fan around the globe know this name and what it stands for.  For years he dominated the records, many of which that have stood the test of time.  And while Gretzky's size, strength, and basic athletic abilities were not considered the most impressive.  Much has been written about Gretzky’s highly developed hockey instincts, but he once explained that what appeared to be instinct was, in large part, the effect of his relentless study of the game.

Strategic Intuition is summed up by Wayne Gretzky's famous statement
"I skate to where the puck is going, not where it's been"

Our Portfolio of Services

Recommend this page on: